Roll over image to zoom in

The new ARES 2 LE is offers a particularly elegant appearance thanks to its sandblasted matt surface. Thus the ARES 2 LE looks more modern.

The branding of the bell was revised and had to make room for the embossing "ARES-2 LE". Innokin has used a slide mechanism for easy filling, which means that the top cap can be easily moved to the side.

The existing Cross-Airflow-Control (CAFC) allows the air intake below the coil to be regulated in 5 stages without having to adjust screws or inserts. 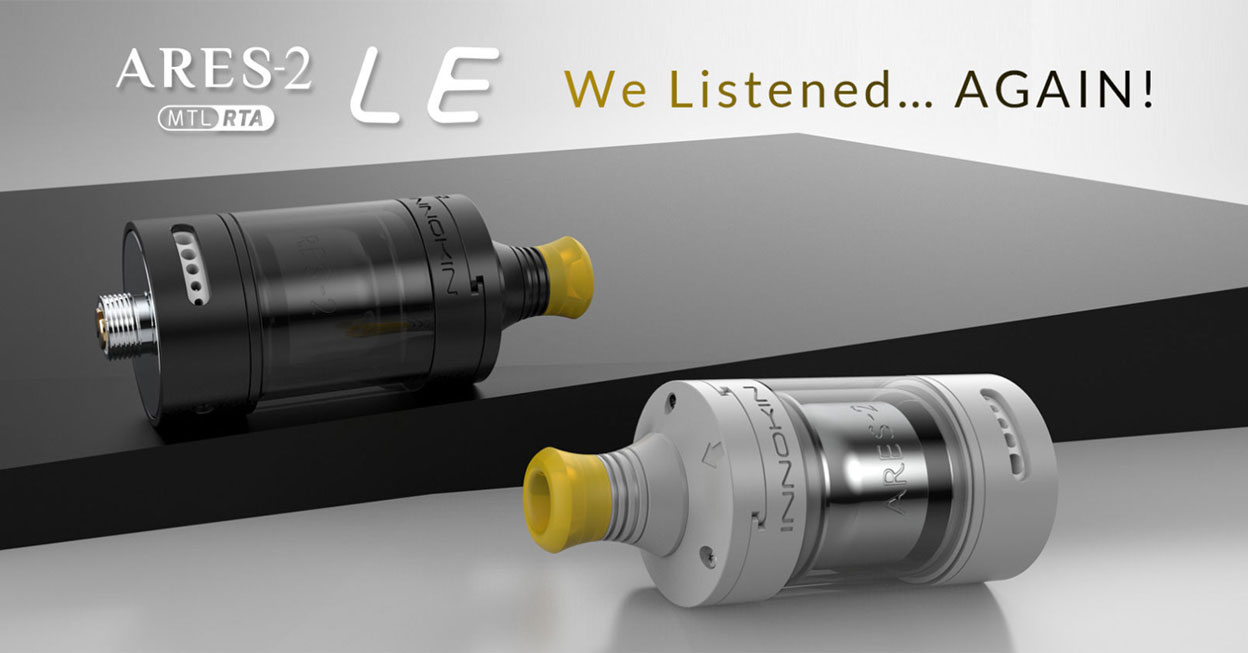 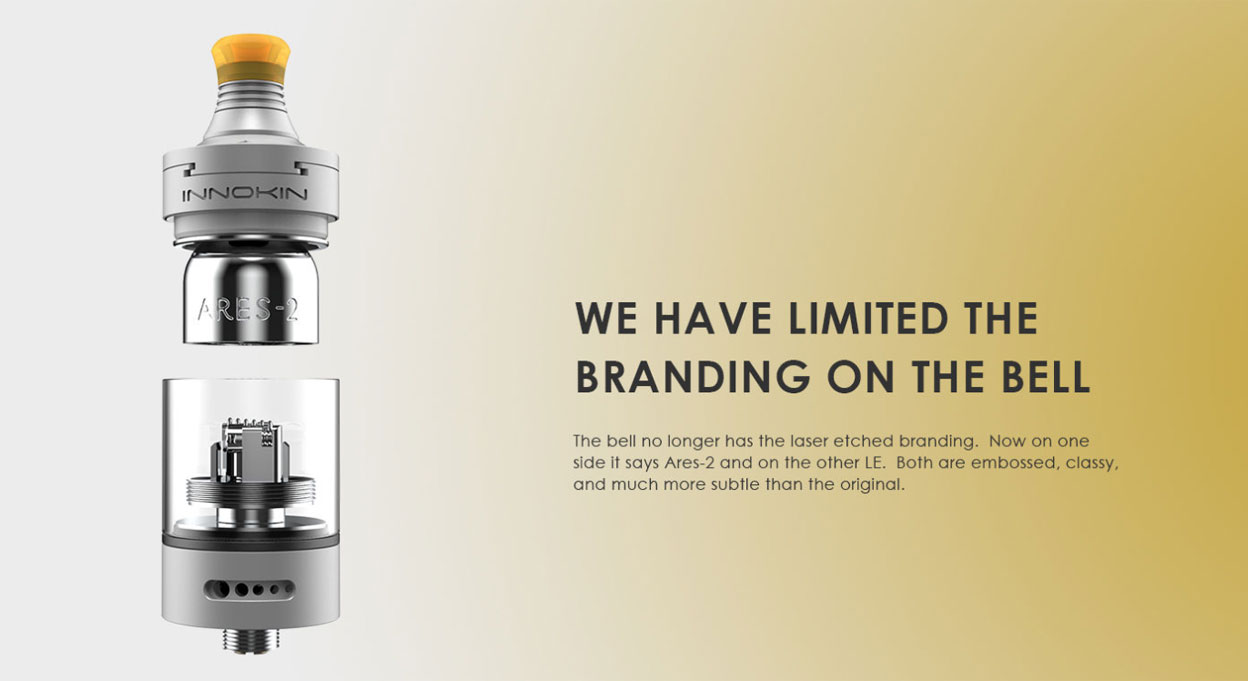